‘Photography is an art of teleporting the past into the future.’

What is a Mirrorless Fujifilm camera?

A Mirrorless Fujifilm Camera or Mirrorless Interchangeable-Lens Camera (MILC), also known as Digital Single Lens Mirrorless (DSLM), is a photo camera with a single, removable lens and a digital display.

It does not possess a reflex mirror or an optical viewfinder like that in a Digital Single-Lens Reflex (DSLR) camera.

As compared to the typical DSLR cameras, Mirrorless cameras are mechanically simple to operate, as they are lightweight, smaller, faster, quieter, especially meant for YouTube Vlogging.

They provide better features for a great shooting experience relative to DSLR cameras and also have good value for money. read more about Mirrorless camera 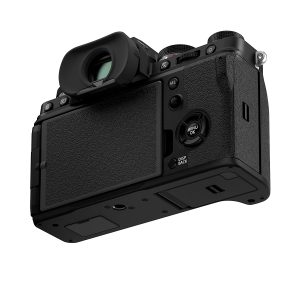 The Fujifilm X-T4 is the company’s quite latest product launched in 2021, with features like a high-end photo and video APS-C mirrorless system. It is a 26 MP camera with in-body stabilization, improved autofocus, a larger battery, and faster shooting. Fujifilm X-T4 is the best Fujifilm professional camera in this price range.

According to Fujifilm, the product X-T4 is an updated sister model of the X-T3 and not a replacement, with different specs and pricing. This 26MP camera can do 20 fps shooting and 4K capture at up to 60p.

As per the users of this new model, it has some distinct specs over its predecessor the X-T3, and the older X-H1. this is the best Fujifilm’s professional camera

The autofocus performance, despite not being cutting edge, offers one of the best stills and video options you can buy at this price range. If you are a beginner, then you can read this article for a best beginners camera

After considering the above-mentioned features, pros and cons of the Fujifilm X-T4, some extra up gradation that comes this new model is as follows

The specifications like image stabilization, bigger battery, faster continuous charging are really worth going if one has deep pockets to spend for these specs.

As far as the body and design of the product is concerned, the X-T4 looks a lot like an X-T3, but a close look at it states that Fujifilm has provided small tweaks and improvements.

The key takeaways from this section are viz. reworked buttons, a fully articulated touchscreen, redefined rear dial, and a new NP-W235 battery that allow 500 shots-per-charge. 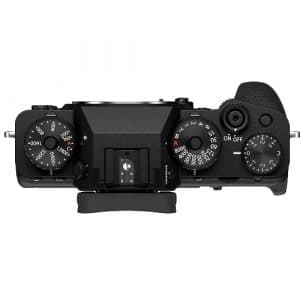 The initial impression of X-T4 splits the difference between its predecessor X-T3 and the older X-H1. The videographers seem to get benefitted from this up-gradation. Video performance is improved due to standout features like stabilization and highly detailed video capturing easy operation, and handling. most professionals suggest that X-T4 is the best Fujifilm professional camera for pro-level recording & photography

The image quality of X-T4 is quite like that of X-T3, with attractive JPEGs, solid raw performance, and an added advantage of image stabilization to support slower shutter speeds. The new Fujifilm X-T4 comes with a color chrome effect, blue processing option, two extra film simulation modes, and clarity processing parameter that give more punch to the clicked images. 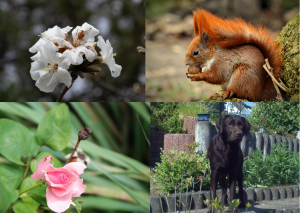 When it comes to the Autofocus system, the X-T4 has done improvement from its predecessor X-T3. But, it has not bridged the gap against its best rivals in the market.

The AF system is comparatively straightforward, though face/eye detection is prone to false positives. Subject tracking in AF systems is color and situation-dependent making it challenging to operate This feature makes it the Best DSLR Camera in India

Before we begin to review this elegant camera by Fujifilm, let’s have a brief look over some parameters that need to be considered while buying a new camera. The purpose, for which the camera is supposed to be used, must be clear before buying one.

The camera is meant to be placed in one’s hand with a firm grip, so as to not get slipped away easily. Essential buttons on the camera shouldn’t be too far away, such that your fingers can operate them effortlessly. Appearance is deceptive as said by someone, but as far as the camera is concerned, it is not.

If you are the kind of person who keeps the camera hanging and resting on the chest while traveling, then you should prefer a small-sized camera. Also, too heavy a camera isn’t good for you, if the duration and frequency of your camera use is higher than normal.

Perhaps, it’s the most important aspect that everyone considers before buying anything. When one does not wants to compromise for features and quality, then price will certainly be elevated. Also, it’s not necessary that only high-priced cameras can click professional photographs. 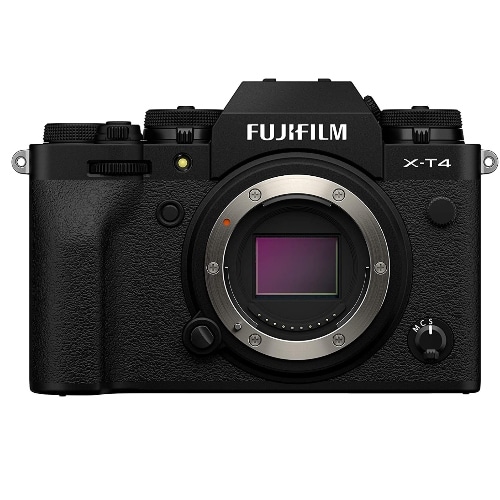 There are no reviews yet.

Top 9 Best Headphones Under 5000 in India